Understanding Cervical Cancer and
How To Manage It

Your guide to understanding all aspects of cervical cancer

“I have cancer. Cancer doesn’t have me.”
Marco Calderon

Early detection and diagnosis always increase your chances of receiving successful treatment and beating all forms of cancer – especially cervical cancer. Detecting cervical cancer early will significantly boost your odds of survival. Hence, it is important to adhere to the recommended screening protocol for your age group so that you and your physician can detect and test any anomalies or changes.

You can read the section that details the various types of cancer before embarking on the journey to understand cervical cancer better. Read more 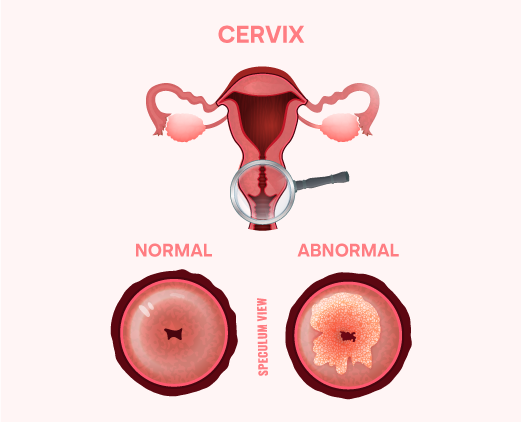 Gynecological cancer which starts in a woman’s cervix is called cervical cancer. The cervix is the narrow, lower end of the uterus or womb and connects the uterus to the vagina or the birth canal. It is covered with a layer of skin-like cells on its outer surface, which is called the ectocervix. There are glandular cells on the inside of the cervix, which are scattered along the inside of the passage running from the cervix to the womb. This passage is called the endocervical canal and the layer of these cells forms the endocervix that produces cervical mucus.

What is cervical cancer?

Cervical cancer usually develops slowly over time. It begins when healthy cells in the cervix start mutating or changing. Such mutations cause these cells to grow rapidly and prevent cell death. The accumulation of these abnormal cells forms a malignant mass or tumour. Often, the cancer cells invade nearby tissues and may break off from a tumour to spread or metastasize to other parts of the body.

Joining the Solis Health family to empowering yourself with the right information to conquer cancer.

Equip yourself to navigate cancer, better. Look at the various subscription options to choose one that suits you the best.